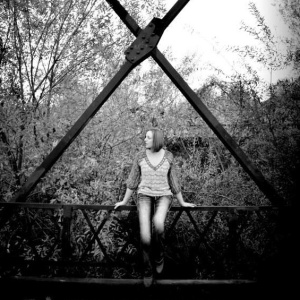 Jennifer is an editor, writer, poet, and German-English translator from the San Francisco Bay Area. Her passion for academia stems from the interconnection between her many studies, her inherent love of reading, and culminated in the founding of The California Journal of Women Writers in September 2012. Her work has appeared in The New Union, Pomona Valley Review, Haiku Journal, the UC Berkeley Comparative Literature Undergraduate Journal and is forthcoming in various other capacities. Her research has been presented, or is forthcoming, in a published collection on Jane Austen, and at conferences by PAMLA, CSULA, and Ryerson University. She has a BA in English, with an emphasis in Women’s Studies, and an MA in Liberal Arts & Sciences, with emphases in Literature, Ethnic and Women’s Studies, and Media and Popular Culture. She currently resides in San Diego and divides her time between California and Germany. You can also find her at www.jennifermessing.com

Stacey’s work has appeared or will appear in The Los Angeles Review, The Feminist Wire, THRUSH, Bodega, Perfume River Poetry Review and others. Stacey was named a finalist for the Tupelo Press Spring 2011 Poetry Project and the Tucson Festival of the Book 2013 Literary Awards, and received the 2013 C.G. Hanzlicek Poetry Writing Fellowship. Stacey served as Artist-in-Residence at the Smoky Mountains National Park in the summer of 2013. She lives and writes in California where she is completing her MFA at Fresno State. She enjoys exploring the deserts, mountains, and lakes.

Karen studied Comparative Literature at UCLA. Her focus was on English and Spanish language texts but she loves literature from all around the world. She currently lives in her native Connecticut where she is braving the cold and the postgraduate job search. She enjoys being near the sea, walking her two dogs, and watching horror films.

Jennifer Teeter-Moore is a student at University of California, Irvine studying English and Comparative Literature. She loves to read, write, and edit what other people write. When she is not doing these activities she is babysitting a rambunctious three-year-old or cuddling with her black cat. Jennifer won the Kate Herzog Scholarship for her poetry, but she is currently more interested in reading and editing than writing herself.  In fact, she started an unoffical book club at UC Irvine just so she could read and discuss books even more. She hopes to take her nose out of her books long enough next year to enjoy the sights as she backpacks through Europe.

Cara Mac Neil is an MA student at The College of New Jersey studying gender in Shakespeare and film adaptation. She is currently working on her Master’s Thesis involving The Hollow Crown series. She is a full-time high school teacher, a part-time wedding photographer, has a mild addiction to the Food Network, and loves to be curled up beside her boyfriend and their dog with a roaring fire. Her theoretical influences are Mulvey, Butler and Althusser with dashes of Freud. She is fascinated with integrating popular film and graphic novels into the literary dialogue. She also harbors secret aspirations of becoming Batman one day. 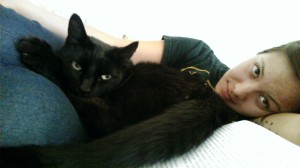 Catherine Ruiz is a feminist writer from Southern California currently living in Nebraska. She is a Journalism and Women’s, Gender, and Sexuality studies graduate from California State University Long Beach as well as part of the United States Army. Catherine is a very passionate, goal oriented individual who is always looking for ways to help others reach their full potential. She loves spending time with loved ones, animals, reading, writing, horror and comedy movies, exploring new places, museums, and anything to do with cats. She loves cats. Catherine hopes to empower and instill the love of reading and writing to future generations as she continues to venture through life.

Nidia Flores is a third year undergraduate at UC Irvine currently majoring in English Literature and Drama with a minor in Education. She tends to stroll around with a big passion for knitting, reading, writing, and food—especially pizza. Nidia admits that she finds herself eccentric and weird (in a very good way, she promises) and she loves to share fun facts that she learns throughout the day with her friends and family.

Marina Blitshteyn is a Soviet-born poet and writer. She is the author of 4 published or forthcoming chapbooks: Russian for Lovers (Argos Books), Nothing Personal (Bone Bouquet Books), $kill$ (dancing girl press), and Kaddish (Argos Books). Her work can be found in the &NOW Awards 3 Anthology, Apogee Journal, Emergency Index, 1913, Two Serious Ladies, Berkeley Poetry Review, CutBank, and elsewhere. She works as an adjunct instructor of composition and literature.

One response to “Bios”