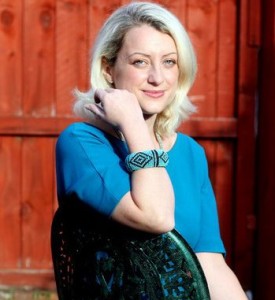 Christie Watson is a British novelist and pediatric nurse. She holds an MA in Creative Writing from the University of East Anglia, where she won the Malcolm Bradbury Memorial Bursary, and has since published short fiction and other writings in numerous publications including Wasafiri, Mslexia, Index on Censorship, The Guardian, and The Telegraph. Watson teaches creative writing at various institutions including Birkbeck University, the Groucho Club, and Cambridge University. She has won the Costa First Novel Award and Waverton Good Read Award for her first novel, Tiny Sunbirds, Far Away, and was named one of Red’s Hot Women of the Year in 2012. She lives in London.

TCJWW: Your last novel was set in Nigeria and now Where Women Are Kings almost has Nigeria as a second setting because of all of the references to it. What attracts you to this country and culture?

Watson: I first visited Nigeria many years ago with my ex-partner, and fell in love with the country almost instantly. It’s a place of such extremes, of poverty and wealth, so modern and yet traditional. Everyone is political, from the hawker selling oranges on the roadside to the business woman on her way to work at the bank. And there is a story on every corner.

TCJWW: What inspired you to write a story about adoption?

Watson: My youngest child is adopted, and having been through the adoption process in the U.K. I felt it was an area I wanted to explore in fiction. My own experience was a positive and hugely happy one but I often thought of those who were not so lucky, what happened when things went wrong, how did it affect the child, the family, the community? I believe that our society can be measured by how we treat the most vulnerable and I look to fiction to explore questions. In the case of my novel about adoption, I wanted to examine why so many of the most vulnerable children in our society are having such terrible experiences.

TCJWW: Why did you decide to have Obi and Nikki be a mixed race family?

Watson: I am part of a mixed race family, but more than that I live in South London where most families around me are mixed in various ways. So it wasn’t really a narrative decision, more a reflection of what I know.

TCJWW: How did telling the story from both Nikki and Deborah’s perspective shape the story?

Watson: In the case of adoption I think there are always two voices—that of the birth mother and that of the adoptive mother. And those voices are ever present even if a child is adopted at birth. Telling the story with both voices I hope made Elijah’s story more relatable, and ultimately made him whole.

TCJWW: Elijah struggles with fitting into his new family, especially because they cannot accept his belief that he is a wizard. How important is it that a child understands where they come from and that adopted parents understand their culture?

Watson: Being considered a wizard is in no way part of Nigerian culture, and I don’t imagine that Nigerian families would accept that belief in the same way that Nikki and Obi didn’t. Obi and Nikki being mixed Nigerian and English means that they did have an understanding of Elijah’s culture. Elijah’s struggle comes from within him: his multiple moves, his attachment disorder, his mental health issues.

TCJWW: What are you working on next?

Watson: I’m working on book three and a short story commission. I’m in the middle of the first draft, which is exciting and a bit messy!